As the darkness of winter sneaks up on us like a decrepit and disgusting ghoul on old hallows-eve, were going to be taking a deeper look at ourselves and see how we work on a cellular level. Knowing how we function is a key ingredient to make sure we don’t end up like one of those ghouls mentioned (no offense to any ghouls).

Following on from the previous post where we talked about “The Anatomy of the Human Body” and the systems in place to allow the body to function as it does, this post is building on that with a look at the human cell structure. Highlighting once again at just how amazing we are as a species.

This is where it gets a little technical, but please stay with me, as I travel into the human body, just as Dennis Quad did in “Inner Space” back in the 80s!

As you know the human body is made up of many types of cells, tissues and organs. These are very important as they are the building blocks for the human body.

The cell is the basic unit of body structure and all cells need food, water and oxygen to survive. As part of their function they also produce carbon dioxide and various waste products which need to be removed.

A cell is made up of 4 components:

Cells have many functions including the metabolism of food, growth and repair, taking in certain chemicals to make their structure, the removal of waste products, the breakdown of food to use as fuel and to produce new cells…” Great Scott” as the Doc would say in “Back to the future”, i’m bang on with retro film references today.

The nucleus contains DNA, which holds genetic information and provides an appropriate amount of amino acids for protein production.

While Ribosomes are one of the four main macro molecules essential for life. They are made of RNA, (Ribonucleic acid) they receive information from the nucleus and synthesize appropriate protein as required.

Endoplasmic Reticulum (ER) create canals in the cytoplasm, there are two types of ER, smooth and rough:

Golgi Complex are folded Membrane sacs that have an entrance and exit through which proteins enter are modified sorted and then leave.

Lysosomes are the exterior of the cell, containing enzymes. Waste management cells, breakdown of protein, lipids nucleic acid, carbohydrates, and expels them as waste.

Mitochondria are one of the largest Organelles. Two membranes, outer and inner. They take in the nutrients, break them down and produce energy (ATP).

Finally we have the cell Membrane, which contain phospholipids, key building blocks of all cell membranes. These protect the cell and controls movement in and out.

A cell is the structural and functional unit of life. A typical cell consists of a plasma membrane separating the inner contents, or cytoplasm, from the environment around the cell. The cytosol is the fluid component of the cytoplasm. The cytoplasm includes the cytosol and all the organelles and structures in it. The nucleus is not considered to be part of the cytoplasm. Organelles perform essential cellular functions. The nucleus is the largest organelle, and it contains the cells genetic information encoded in molecules of DNA (deoxyribonucleic acid).

Each cell contains smaller organelles that perform various functions such as metabolism, transportation and secretion of substances. Because some cells perform specific functions, they have specially modified structures. For example, red blood cells are the oxygen carriers in the body. They lack a nucleus to make more space for the oxygen-carrying pigment, hemoglobin. The various structures and organelles in a cell float in a liquid called the cytoplasm.

2. Facilitate Growth Through Mitosis – in complex organisms, tissues grow by simple multiplication of cells. This takes place through the process of mitosis in which the parent cell breaks down to form two daughter cells identical to it. Mitosis is also the process through which simpler organisms reproduce and give rise to new organisms.

3. Allow Passive and Active Transport – cells import nutrients to use in the various chemical processes that go on inside them. These processes produce waste which a cell needs to get rid of. Small molecules such as oxygen, carbon dioxide and ethanol get across the cell membrane through the process of simple diffusion. This is regulated with a concentration gradient across the cell membranes. This is known as passive transport. However, larger molecules, such as proteins and polysaccharides, go in and out of a cell through the process of active transport in which the cell uses vesicles to excrete or absorb larger molecules.

4. Produce Energy – an organism’s survival depends upon the thousands of chemical reactions that cells carry out relentlessly. For these reactions, cells require energy. As you may know plants get this energy through the process of photosynthesis, whereas animals get their energy through a mechanism called respiration.

5. Create Metabolic Reactions – metabolism includes all the chemical reactions that take place inside an organism to keep it alive. These reactions can be catabolic or anabolic. The process of energy production by breaking down molecules (glucose) is known as catabolism. Anabolic reactions, on the other hand, use energy to make bigger substances from simpler ones.

6. Aids in Reproduction – reproduction is vital for the survival of a species. A cell helps in reproduction through the processes of mitosis (in more evolved organisms) and meiosis. In mitosis cells simply divide to form new cells. This is termed asexual reproduction. Meiosis takes place in gametes or reproductive cells where there is a mixing of genetic information. This causes daughter cells to be genetically different from the parent cells. Meiosis is a part of sexual reproduction.

Knowing how we function at the deepest of levels will hopefully give us a better appreciation of our bodies, which in turn may make us think twice regarding our lifestyle choices. Were not all going change overnight, but if we make steady changes over time, we can get to a point where we are running at an optimum level on a cellular level.

If you found this post useful, id love to hear your thoughts on it. So please, leave a comment below.

Please don’t forget to check out other posts and YouTube Channel (don’t forget to subscribe) for the latest health and fitness news, CBD news, along with product reviews, meditations, recipes, workouts and if you require any CBD for you post workout therapy needs, please take a look at our store to get hold of yours now.

10 thoughts on “Human Cell Structure – Breaking It Down!”

How To Do Pull Ups At Home Without A Bar, 4 Wonderful Tips

Sun Nov 8 , 2020
I thought I would put something together to help people with how to do pull ups at home without a […] 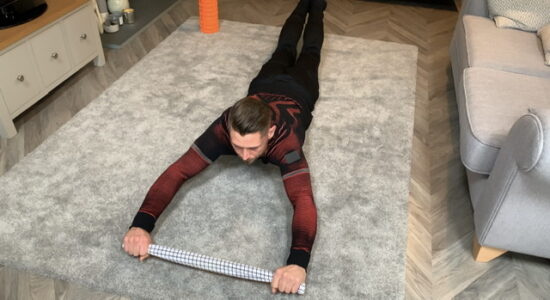