Is A Kettlebell Swing A Push Or Pull? (All The Answers Here)

One of the common questions amongst fitness enthusiasts, is whether the classic kettlebell swing is a push or pull exercise?

This question has split the opinion of many regarding what exactly is a pull exercise and also a push exercise, and where it applies here.

Is A Kettlebell Swing A Push Or Pull?

A kettlebell swing is a type of weightlifting exercise that combines elements of both the push and pull motions. However, these cannot be classed as legitimate “push and pull” due to the nature of the exercise. The exercise is performed by holding a kettlebell with both hands and swinging it from between your legs up to chest height. As you swing the kettlebell forward, snap your hips forward to generate explosive power along with your glutes to generate momentum. After the kettlebell reaches the top of its arc, it will swing back down and as it gets around waist height, hinge with your hips to allow the kettlebell to swing between your legs. With this in mind, the exercise is really neither push nor pull. The exercise can be performed with one hand or two hands.

The kettlebell swing is an excellent exercise for developing explosive power and strength in the lower body. It can also be used as a conditioning tool to improve cardiovascular fitness and stamina.

The exercise is often used in CrossFit workouts and other high-intensity training programs.

If you are new to the kettlebell swing, start with a light weight and focus on proper form. As you become more comfortable with the exercise, you can increase the weight and reps.

Only do this very gradually, as kettlebells can cause injury if they aren’t used correctly or you have sloppy technique.

What Is A Push Exercise?

Other examples of push exercises include the shoulder press, triceps extension, and overhead press.

The Camp Which Says “Push”

Those who say this believe that since you are pushing the weight away from your body during the concentric (upward) phase of the lift, it is considered a push movement.

They also state that the fact that your hands never go below your waist during the lift is another indicator that it is, in fact, a push exercise.

Your hands start at your sides and as you drive your hips forward, the kettlebell is pushed away from your body and up to chest height. At the top of the swing, your arms are extended and the kettlebell is weightless, before swinging back on its arch.

On the other hand, there is a camp that says that the kettlebell swing is not a push exercise, but a pull exercise.

They believe that since the primary motion of the lift is pulling the weight up to chest height, it is classed as a pull exercise.

Related: Can Kettlebells Cause Injury? (13 Vital Things To Consider)

What Is A Pull Exercise?

Pull exercises are strengthening exercises that use a concentric force—a muscle shortening while moving two connection points closer together or any type of exercise that works the muscles in the back of the body.

The most common type of pull exercise is the lat pulldown, which works the latissimus dorsi muscle. Other examples of pull exercises include the biceps curl, row, and deadlift.

The Camp Which Says “Pull”

On the other hand, there is the camp that says that the kettlebell swing is not a push exercise, but is in fact a pull exercise.

They believe that since the primary motion of the lift is pulling the weight up to chest height, it is classed as a pull exercise.

They also state that the fact that your hands never go above your waist during the lift is another indicator that it is, in fact, a pull exercise.

The fact is, it’s neither and both. Talk about ambiguous statements here, but the movement does use elements of both during the exercise.

However, the movement doesn’t specifically use either push or pull in the traditional sense of the word and the primary explosion of the movement comes from the hips and glutes, and not the arms.

Which makes it such a hot topic of debate for people.

The Benefits Of A Kettlebell Swing

The kettlebell swing is a great exercise for developing explosive power and strength in the lower body.

It is also a fantastic cardio workout as it gets your heart rate up and is a great way to burn calories.

The exercise is also very versatile as it can be performed with one hand or two hands, and with a light weight or a heavy weight.

The kettlebell swing is also a great exercise for developing core stability and strength as you have to keep your core engaged throughout the entire movement.

How To Perform A Kettlebell Swing

Start by standing with your feet shoulder-width apart and the kettlebell about a foot in front of you.

Bend your knees and hinge at the hips to lower your torso until it is nearly parallel to the floor. Grab the kettlebell with both hands and let it hang between your legs.

Allow the kettlebell to swing back down and between your legs. Hinge at your hips and knees to catch the kettlebell and lower it back to the starting position.

If you are new to the kettlebell swing, start with a light weight until you get the movement down.

You can also perform the exercise with just your body weight to get a feel for the movement.

Once you have the movement down, you can start to increase the weight and reps as you get stronger.

Start with 3 sets of 10 reps and work your way up from there.

When performing the kettlebell swing, make sure to keep your back straight and your core engaged.

Also, make sure to swing the kettlebell with control and not let it swing you.

The exercise does use both elements in the movement, but not the exact movement in the sense of what a push or pull exercise is.

What type of exercise do you think a kettlebell swing is after reading this? 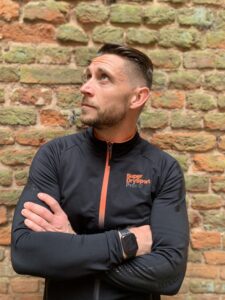 Why Are Hack Squats So Hard? (Everything You Need To Know)

Mon Jul 25 , 2022
Why Are Hack Squats So Hard? (Everything You Need To Know) Whether you are a beginner or a seasoned fitness […] 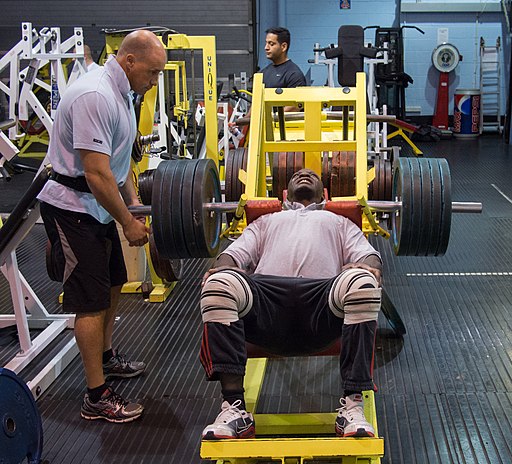