Biceps Sore After Kettlebell Swings? (5 Reasons Why This Might Be)

So, you have decided to get yourself a kettlebell and have started to swing it around like something possessed?

However, after doing kettlebell swings, you seem to find you have bicep pain afterwards?

A common problem that some newbies experience and something that can be frustrating, even if you have used kettlebells for some time it can still happen.

Why Are Biceps Sore After Kettlebell Swings?

You could be getting sore biceps after kettlebell Swings for various reasons, the most obvious one would be down to your technique at some part of the movement. Tweaking this can make all the difference and get you enjoying your swings again. Other reasons could be down to the weight you are using, which is too heavy too soon for you. Always remember that the arms during the swing are merely there to hold on to the bell, the explosion of the movement should come from the hips. Another common problem people face is gripping the bell way too tight. Doing this over a period of time can put extra stress on your arms and shoulders. Try to relax a little when swinging but keep the kettlebell under control. You may also not be warming up enough or at all before exercising or it might be down to the fact you are new to kettlebells. You may have a case of the DOMS, which we all experience when doing something new or different. In some cases it might be a case of lateral epicondylitis (tennis elbow) which is damage to the muscles on the outside of the arm, or if the pain is coming from the inner part of the arm it might be medial epicondylitis (Golfers elbow). If the pain persists, go see a doctor to get the problem diagnosed.

1. Warming Up Or Stretching It Out?

Something we are all guilty of (myself included here) is warming up and stretching before doing any kind of exercise.

I have suffered injuries in the past – which is one of the motivations to start this site and sports massage – were down to little or no stretching before training, which meant my muscles weren’t adequately warmed up.

Please take time to warm up before any kind of training, you’ll thank me for this long term I assure you.

Bicep pain after swings might be due to a lot of little tugs on the bicep when you’re at the end of the swing and the bell is through the legs.

Easiest way to fix bicep tendonitis is to do a lot of low weight, high rep curls and overhead tricep extensions. I’m talking 50 plus rep sets where you’re just hammering the area with blood and loosening up the whole joint, this will exaggerate the eccentric movement nicely.

I have got a similar pain when I neglect to warm up properly before a workout.

Another thing I do are rows (rings, bar or dumbbell) at a light weight for a good 20-30 reps before your workout will help the whole upper body pulling family loosen and engage for heavier work.

Forearms, biceps’s and delts, through to the back muscles will be nicely warmed up.

Also, the bicep tendon may be shortened and inflamed and could benefit from stretching, especially if you have been gripping a heavy bell as if your life depended on it?

Kettlebell weight and training volume are issues people over look when getting bicep pain after swings.

We all like to think of ourselves as being invincible (especially when we’re younger) and this can cause problems if you go too heavy too soon or you are doing a high volume of swings in one session.

Muscle fatigue is the decline in ability of muscles to generate force. It can be a result of vigorous exercise but abnormal fatigue may be caused by barriers to or interference with the different stages of muscle contraction.

There are two main causes of muscle fatigue are the limitations of a nerve’s ability to generate a sustained signal and the reduced ability of the muscle fiber to contract.

Providing form isn’t an issue, consider dropping the kettlebell weight for a while or reduce the amount of swings you are doing to see if either of these help remedy the problem.

This would be the most obvious reason why you are having bicep pain after swings.

Like a lot of other kettlebell related issues, it normally comes down to technique, which might need a slight adjustment in order for you to get past the problem.

Are you engaging your lats and packing your shoulders back, instead of tensing your arms and maybe yanking the kettlebell a little? This could just be a simple form issue. Try not to look up at a mirror too much either.

Also, what is the angle of your wrist at the bottom of the swing? Is the the thumb pointing backwards, neutral or forward?

In my opinion, if the thumb is pointing forward that could put some heavy stress on the biceps and brachioradialis at the bottom of the swing, especially if you are allowing the arm to contact the body.

Having the thumb pointing backward at the bottom (inwardly rotating the entire arm) and making sure you actively are lowering the bell will help no end.

If the bell is jerking at the bottom it will yank on the bicep, likewise if the thumb is pointing forward at the bottom will cause problems if not taken to a gentle pause.

More than likely you are gripping too hard, or too heavy too soon would be the cause.

There is some conditioning that needs to take place if you have just started kettlebell swings, so you could get sore at the start, but if you’ve been doing it for a while and still getting sore then the problem is grip, weight, or volume.

You need a loose grip throughout, as loose as possible without the kettlebell escaping, always maintain control of the bell.

Perhaps the overall volume is too much per session, this is something you need to build up over time.

The amount of “hinge” in your swing might also need more work. If you aren’t hinging correctly when swinging, you are going to be putting extra emphasis on your lower back and arms.

Hinging is crucial when performing a kettlebell swing, as its the most important part of the movement and it also generates the force behind swinging the bell back to its highest point.

4. Something New Or Different?

It goes without saying that if you are new to any kind of exercise, whether it’s kettlebells or even walking, you are going to experience the dreaded DOMS.

Delayed-onset muscle soreness (DOMS) is muscle pain that begins after you’ve worked out. It normally starts a day or two after exercising. You won’t feel DOMS during a workout. Pain felt during or immediately after a workout is a different kind of muscle soreness. It’s called acute muscle soreness.

However, DOMS should have subsided after a week.

Muscle soreness when doing something for the first time is normal. Even if you’ve done it previously and then stopped it’s still normal.

The bicep pain isn’t going to be a big problem until you start working heavy at which point there is the possibility of tearing the bicep. Learn to catch at the bottom with the elbow straight right now to avoid future problems.

If you are doing a significant amount of work above what you’ve done in the past there is a possibility that it is just normal “growing pains.”

The bicep works very hard eccentrically on the down swing of the snatch to prevent the arm being snapped.

Eccentric training is largely responsible for muscle soreness. No surprise then when you’ve got a new exercise and one that demands massive eccentric contraction of the biceps that they’re sore.

5. Old Habits Or Make A Change?

Listening to your body is a key component of maintaining a healthy lifestyle.

We have all powered through at some stage and that’s great from time to time. However, there’s a difference between not wanting to workout as opposed to pushing through injury.

As doing this will increase the chances of taking more damage.

Another thing to contemplate would be that the bicep pain might actually be lateral epicondylitis?

Lateral epicondylitis or Tennis elbow as it’s known, is a condition in which the outer part of the elbow becomes painful and tender. The pain may also extend into the back of the forearm and grip strength may be weak.

Onset of symptoms is generally gradual. Golfer’s elbow (medial epicondylitis) is a similar condition that affects the inside of the elbow. It is due to excessive use of the muscles of the back of the forearm. Typically this occurs as a result of over use during work or sports, ironically racquet sports (hence the name maybe).

Although, you should be familiar with the different types of pain you can feel, from muscular, tendon or nerve.

Think about this to pinpoint the issue if possible.

Maybe the kettlebell program you are doing doesn’t agree with you and its worth considering a change here to help with the bicep pain?

Or you may have to give kettlebells a rest for a while (this is a last resort) if that helps.

There are so many reasons why you might be getting bicep pain after kettlebell swings. Hopefully some of the explanations above have helped you get over the problem?

If you didn’t know, kettlebells do stretch muscles more than other equipment, due to their ballistic movement, weight distribution and they also Increase other muscle activation in the process.

Either way, I hope the pointers above will be of use and you can get back to swinging a kettlebell without any pain as soon as possible (but don’t rush it please). 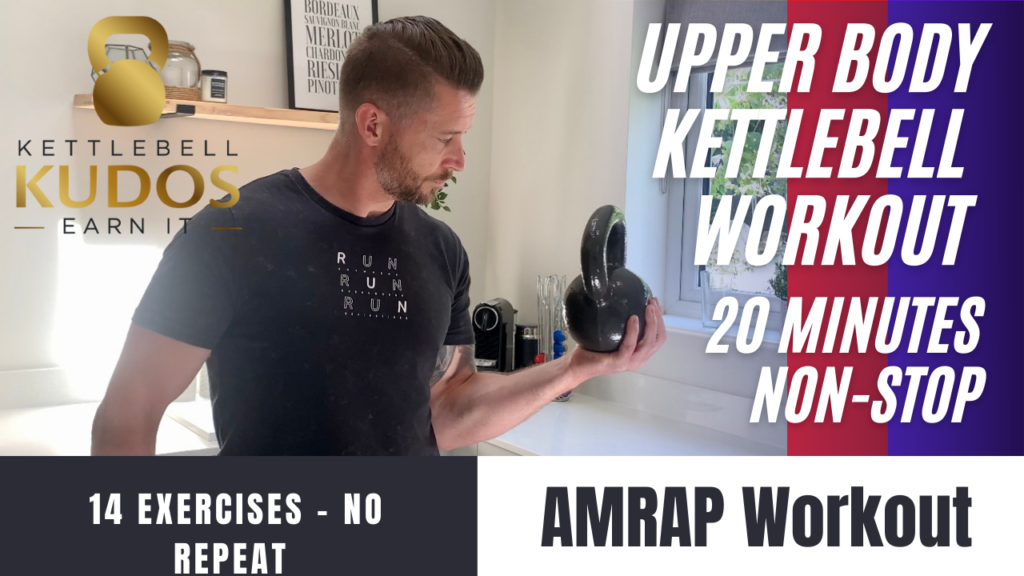