Wrist Pain After Kettlebell Swings? (10 Things To Look Out For)

We all know how amazing kettlebell training is, the sense of accomplishment after perfecting one of the many exercises with this cast iron behemoth takes some beating.

The one thing with kettlebells, is that if your technique is slightly off, it can really knock your confidence and also potentially cause pain or an injury.

One common problem people face, especially when starting to train with kettlebells is wrist pain.

Why Do you Get Wrist Pain After Kettlebell Swings?

There are numerous reasons why you are getting wrist pain after a kettlebell swing. One reason would be that you are gripping too tight when swinging, you need to hold the kettlebell with conviction, but not a death grip. You could be using a kettlebell that’s too heavy or have you suffered from any type of wrist or forearm problem in the past? If you are somewhat new to using kettlebells also consider how smooth the arch is, either as the kettlebell swings between your legs or the top part of the swing before it swings back down, make sure its a smooth process and don’t swing with your arms or any kind of wrist flexion or extension during these two phases of the swing. The explosion of the swing comes from thrusting of the hips.

However, it’s very important for the kettlebell to be evenly balanced and 3D mapped. Having a perfectly balanced kettlebell will give you the best possible chance of being able to work with it longterm.

If the kettlebell is off balance, it could make it harder to control and change direction, which means it may put extra strain on your wrist, should this be the case.

This is an important factor when it comes to “racking” the kettlebell also. As, if the “bell” part of the kettlebell is too big and bulbous or the kettlebell has a 3D engraved design on it, always be careful to only ever rack it one way, to save any unwanted pain, bruising or lacerations to the forearm, as well as any kind of flexion or extension of the wrist when racked.

I would always go for either a competition or cast iron kettlebell over anything else. You know where you stand with these and although they don’t look as cool as those “Primal bells” from Onnit (which are awesome BTW), they will do the job perfectly.

Another thing I haven’t mentioned is to try a different brand of kettlebell.

A few years back when there was only a few brands, my friend had a problem with their 12kg bells crashing into her wrist, but she then got a different brand in the same weight, which had a longer distance between bell and handle (The Window), and that solved her problem.

2. Weight of The Kettlebell?

This is going to be a more obvious reason of getting wrist pain when doing a swing. As the weight of a heavy kettlebell can pull more on your wrists due to the shear force and weight of the kettlebell you are using, particularly if you are using it longterm.

Its not just the weight of the kettlebell that’s an issue, it’s the force at which the kettlebell is moving away from you too. Always take this into consideration.

If you have had any kind of wrist pain in the past, either any sprains, pulled muscles/ligaments or broken bones?

This will be a contributing factor in itself, but will also intensify if you are using a kettlebell that’s too heavy for you.

Depending on how my workout is going, I will use between a 20kg – 32kg for swings. Remember, this works for me and you should see what works best for you.

When you perform a kettlebell swing, there should be no flexion or extension of the wrist. This basically means that the kettlebell should move in a smooth and consistent motion, without the need to bend the wrist.

At the top and bottom of the swing, there shouldn’t be any wrist movement, as they should remain neutral and relaxed.

So, if you are getting any kind of erratic movement with the bell at either of these two points, put less emphasis on the swing, as the kettlebell should swing naturally, as the explosion from the swing comes from the hips and NOT the arms.

Your arms are merely there to grip the kettlebell in its swinging arch.

Gripping the kettlebell too hard is something all newbies can relate to, especially if you are using a heavy kettlebell.

You want to make sure you grip the kettlebell with conviction, but at the same time don’t hold it as if your life depended on it.

As doing so will cause major fatigue on the hands, wrist and forearms… not to mention your upper arms, shoulders, back and neck.

Getting the right grip, will come in time and it will feel natural eventually. Stick at it.

This rule also applies when racking the kettlebell too. Don’t grip the handle too tight when you are wanting to flip it over onto your forearm.

This doesn’t apply if you are only having wrist pain when doing kettlebell swings, but if you are slamming the kettlebell on your forearm when racking it, it will be very painful and this may also affect the wrist area, due to the bell forcing your wrist back when it slams.

What you need to do here is time the flip, and cushion the kettlebell as it softly lands on your forearm.

Once again this will take a little practice, but once you get the hang of it, you’ll feel a massive sense of accomplishment.

On another note, if you have any pain get the arm checked and seek some treatment – I would also recommend using a sweatband or kettle guard type of product to take the pressure off of that area.

I would check to see if your wrist is extended at all during the grip. This could lead to wrist pain.

The wrist-to-fist should appear similar to a punch, no flexion nor extension.

Stay with the lighter bell until you get this down. Practice it a few times without any weight, then just try holding it in the rack position.

Control is so important when swinging the kettlebell. As mentioned previously, if you over swing or pull the kettlebell at any point, you run the risk losing control of it.

If this happens, the kettlebell could swing erratically at the top or bottom of the movement, causing your wrist to pick up the slack and control the bell.

Get into the habit of finding the correct amount of force needed to allow the kettlebell to seamlessly swing up and down on its trajectory.

7. Keep The Bell Tight, But Not Too Tight

Not too tight, so you are rigid and stiff, but more so that you are in full control of the kettlebell at all parts of the swing.

Doing this will allow the kettlebell to swing smoothly and it will also prevent the kettlebell from yanking you all over the place, which may cause one of many injuries including wrist pain and strains.

When using any kind of heavy fitness equipment, you need to stamp your authority to show who’s boss. Always be mindful of that, especially with kettlebells.

Keep the kettlebell close, but not too close.

At what point in the swing does your wrist hurt? Are you trying to actively lift the bell with your arms, or are your arms and hands used to hold it? It should be the latter, as all the power and force comes from the hip thrust.

Another thing to consider is, if it hurts you need to either fix what you’re doing or stop doing it.

Pain is your body telling you to stop. Discomfort is another story.

Distinguishing between the two is important. Your wrists should not hurt when performing swings correctly.

One thing you could do is to try towel swings and see if you still have pain in the wrists?

You could try using wrist supports to see if the pain subsides? Although, depending on what the problem is, a support may not help either.

One thing worth considering is the kettlebell “window”.

This is basically the space inside the handle that connects to the bell. Most of the kettlebells I have used tend to be pretty consistent in their design.

However, just like the point above of getting a spherical bell that’s balanced, you also need to get a kettlebell that has adequate room in the window.

One that’s not too short, which will make it hard to not extend the wrist when racked, or one that’s too long, which will cause problems when racked but also just feel plain weird.

Do you have both hands completely inside the handle on your two hand swings?

If you have big hands and have to cram them inside the handle that could be an issue.

If you haven’t tried it leave the pinky fingers out to give you a bit of room and see if that helps at all.

With the two hand swing you are locked in and don’t have the freedom of movement with your wrists as you do with the one hand swing.

How do you feel when trying a one hand swing?

Does it feel better or worse?

Does the wrist feel more comfortable?

Trying this with a lighter kettlebell may surprise you, or the issue may still be the same. However, its worth a try to see if the freedom your wrist gets from holding the kettlebell in one hand helps reduce, make worse or stop the pain?

There are definitely a few things to look out for if you have wrist pain when swinging a kettlebell.

However, the words here are only guidance to help you pinpoint what the issue could be.

If you are feeling any kind of pain in the wrists or any other part of your body after exercising, then please get it checked out by a doctor.

Theres a difference between pain and muscle soreness, figure out what you have and go from there.

It goes without saying that if you have had any wrist problems in the past, stop doing kettlebell swings for a while and get the pain checked out.

Either way, I hope the pointers above will be of use and you can get back to swinging a kettlebell without any pain. 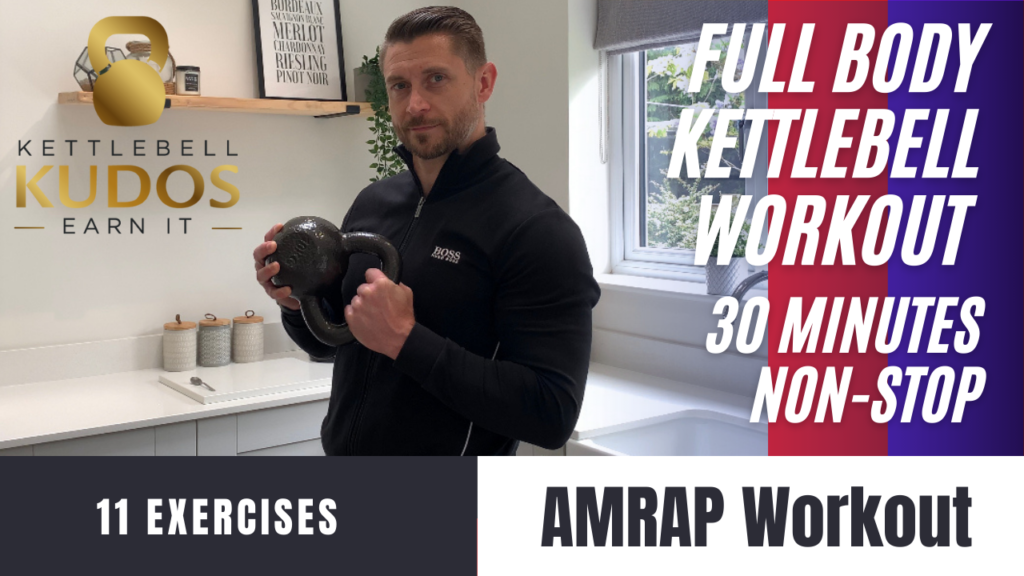