How Much Stronger Are A Persons Legs Than Their arms? The Ultimate Limb Face Off

The muscles in our arms and legs allow us to lift and move heavy objects, and our bones provide support and stability.

Which makes you wonder “how much stronger are a person’s legs than their arms?”

The answer to this question is not as simple as it may seem. There are a number of factors that contribute to the strength of our limbs, including the type of muscle tissue, the amount of muscle mass, and the leverage our bones provide.

How much stronger are a person’s legs than their arms?

A person’s legs are typically about twice as strong as their arms. This is due to the larger muscles in the legs, as well as the fact that the legs are used more often for activities such as walking and running. Generally speaking, your arms haven’t been conditioned to take the same amount of force as your legs have. There are some people who have exceptional upper body strength, such as weightlifters and gymnasts. However, even the strongest people in the world will typically have legs that are significantly stronger than their arms. Additionally, the bones in the legs are typically larger and stronger than those in the arms.

How does the human body generate all this strength?

The answer lies in our muscles. Muscles are made up of cells that contract when they receive a signal from the nervous system. This contraction produces force, which is then used to move our bones and joints.

The strength of our muscles depends on a number of factors, including their size, the type of fibres they are made up of, and how well they are trained.

For example, someone who regularly lifts weights will have stronger muscles than someone who doesn’t. This is because lifting weights puts stress on the muscles, which causes them to grow to be better able to handle that stress in the future.

The type of fibres a muscle is made up of also plays a role in its strength. There are two main types of muscle fibres: slow-twitch and fast-twitch.

Slow-twitch fibres are used for endurance activities, such as marathon running. They contract more slowly than fast-twitch fibres, but they can do so for a longer period of time.

Fast-twitch fibres are used for activities that require quick, explosive movements, such as sprinting or jumping. These fibres contract more quickly than slow-twitch fibres, but they tire more easily.

What can legs do compared to arms?

Weightlifters and gymnasts, for instance, have tremendous upper body strength. Even the most powerful people on Earth, however, will generally have legs that are considerably superior to their arms in terms of strength.

Your legs carry your weight

Your legs carry your weight all day and are used for a variety of activities. All of this use strengthens the muscles in your legs, making them much stronger than your arms.

So, while your arms might be able to lift a heavy object, your legs will be much better at generating the effort needed to move your body around.

Related: Do You Squeeze Your Muscles Whenever You Exercise? 12 Crucial Factors To Maximise Gains

Muscles in legs much bigger than arms

The largest muscle in your body, the quadriceps, is located in the thigh. The quadriceps consists of four muscles that work together to straighten the knee. These muscles can generate a tremendous amount of force, making them extremely strong.

Your legs and arms are not used in the same way

You’re also not used to using your arms as much as you use your legs. Think about it – when was the last time you had to use your arms to support your entire body weight? Probably never.

The legs are much stronger than the arms because they are used more often, have larger muscles, and are better equipped to generate explosive power. The arms might be able to lift a heavy object, but the legs will always be better at generating the power needed to move your body around.

The way the body is designed – evolution

The human body is designed in such a way that the legs are much stronger than the arms. This is because our ancestors needed strong legs to walk long distances, run away from predators, and fight in wars.

Related: Why Am I Weaker Than My Last Workout? All You Need To Know To Get Back On Track Fast

Depending on the person, some people are able to deadlift over 1,000 pounds while others can only curl a few hundred pounds.

When it comes to strength, the human body is very adaptable. If you use your arms more often, they will become stronger. However, they will never be as strong as your legs because the muscles in your legs are much bigger and have more leverage.

If you want to increase the strength of your arms, you can do so by working out and using them more often. However, you will never be able to make your arms as strong as your legs. This is because the muscles in your legs are simply too big and too powerful.

While the average person’s legs are about twice as strong as their arms, there are some people who have significantly stronger legs in comparison to their arms.

For example, professional cyclists and runners often have legs that are much stronger than their arms. This is because they frequently use their legs for exercise, and their muscles have adapted to this type of activity.

The legs are much stronger than the arms because they are used more often, have larger muscles, and are better equipped to generate explosive power.

The arms might be able to lift a heavy object, but the legs will always be better at generating the force needed to move your body around.

The legs are far stronger than the arms because our ancestors required strong legs to walk long distances, flee predators, and fight in battles.

Over time, the leg muscles have grown far more powerful and robust than the arms. This is due to them being utilised more frequently and having to support greater weight.

Are your legs considerably stronger than your arms or are they evenly matched? Let us know in the comments below.

Why Do Squats Feel So Heavy? Everything You Need To Know To Get Back On Track

Mon Sep 19 , 2022
Why Do Squats Feel So Heavy? Everything You Need To Know To Get Back On Track Recently, you might have […] 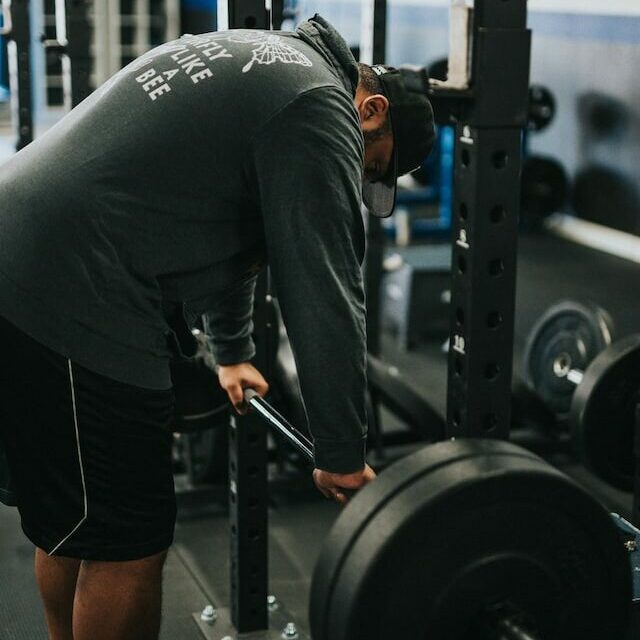